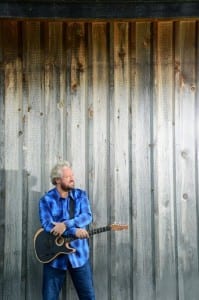 Join us for the 2019 Summer Concert in the Courtyard as we welcome back Don Campbell.

Don has written and released 12 CDs, most recently a new original adult contemporary project, The Dust Never Settles, in 2014. Additionally, he has been commissioned many times to write songs for specific organizations and occasions. These include “A Friend Right Here,” the National Theme Song for Visiting Nurses Association of America, and placements in documentary films, including 2010’s Eco School House documentary.

The Don Campbell Trio includes a bassist and Durham, NH musician, Tom Yoder, on fiddle and mandolin. For more about the talented Don Campbell and to hear a sample of his music visit: doncampbellmusic.com

*In the event of inclement weather this concert will be held indoors.  Bring a picnic dinner, blanket, lawn chairs and come out and enjoy the music.  Parking can be tight so we encourage carpooling.

This event is sponsored by the Friends of the Kimball Library.