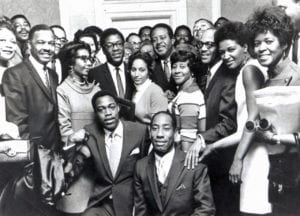 Join us for the documentary film about Alice Tregay’s story:  Ordinary people effecting extraordinary change for human rights.  Five decades of fearless activism and the continuing relevance of Dr. Martin Luther King to the ongoing fight for justice.

Craig Dudnick is a 1980 graduate of Northwestern University. In 1982, he received a national award for his camerawork on the syndicated television program, PM Magazine. The following year, he founded Imagine Video Productions®, eventually gaining clients from Europe, Japan, and at ABC News. While an undergraduate at Northwestern, Craig grew close to Mrs. Viola Hillsman and her husband Tinsley. His lifelong friendship with the couple was the subject of the aired feature, ‘The Story with Dick Gordon.”

After Mrs. Hillsman passed away at age 100, a number of her friends shared personal accounts of their struggles against racism in Evanston, Illinois, which became the basis of Craig’s documentary, Evanston’s Living History.

Fellow Evanstonian Alice Tregay liked the film and asked Craig to make a second documentary–this one about the Chicago Freedom Movement. The result was Alice’s Ordinary People.

*Sponsored by the Friends of the Kimball Library.

Please register to attend this event.